In honour of the one year anniversary of Mr Awesome Thing Number Five and I moving in together I give you:

THE TEN COMMANDMENTS OF COHABITING WITH A WEEGEE.

The WeeGee is a particular creature in all matters but especially in relation to the positioning of inanimate objects – all such objects in the WeeGee’s natural habitat are placed carefully, sometimes parallel to others and sometimes slightly askew. There is a system governing the parallel/slightly askew positioning of inanimate objects known and understood by WeeGee and WeeGee alone.

The system must be respected at all times: if you choose to reposition inanimate objects you do so on pain of a ginormous and lengthy sulk. 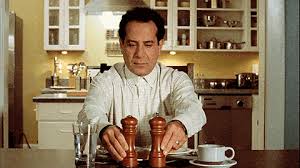 The cohabiting WeeGee has made significant progress in managing her ‘noisy eating rage’. However, the noise associated with the consumption of breakfast cereal remains problematic. Breakfast cereal is therefore eaten in WeeGee’s presence at considerable risk to your own personal safety.

If the period of frantic searching has not concluded within five minutes it is your responsibility to concede that WeeGee has really lost her phone/keys/purse this time and join the search. Shortly thereafter you will find the lost phone/keys/purse in the very place WeeGee said it definitely wasn’t.

Nothing makes the WeeGee more furious than a part of another person’s body touching her bare feet. In the interests of safety adequate precautions should therefore be taken if there is even the slightest possibility that you might make contact with the WeeGee’s bare feet. Adequate precautions include, but are not limited to, the wearing of protective garments designed to guard against a punch in the face.

Every effort should be taken not to disturb the sleeping WeeGee. In the event that a sleeping WeeGee is accidentally woken you should be prepared to hear an extremely wide variety of really bad swear words many of which you will not have heard before.

Unfortunately it will occasionally be necessary to deliberately wake the sleeping WeeGee. In this instance commandment five shall be amended to read ‘thou shalt not wake a sleeping WeeGee and expect her to be remotely civil about it’ (see above) 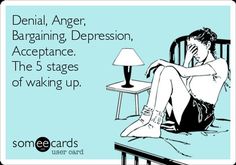 The WeeGee is a stealth tidier-upper. Items left in the wrong place will be moved to the correct place immediately and without warning.

Note that your opinion on the ‘correct’ place for an item is entirely irrelevant. The WeeGee’s decision on where your personal belongings will be tidied up to is final and you shall have no right of appeal.

It is your responsibility not to laugh at these outbursts of uncontrollable crying, no matter how ridiculous. Note that you should never administer hugs if uncontrollable crying breaks out as the administration of hugs under such circumstances tends to lead to an outbreak of full-blown but equally uncontrollable sobbing. This is not in the interests of anyone, least of all yourself.

Quite what the WeeGee did for socks before she lived with you remains one of the great mysteries of life but the fact remains that the WeeGee will never have any socks and will expect to find a suitable pair in your drawer.

Thou shalt not get antsy when WeeGee wears your Thursday socks on a Sunday is a supplementary commandment that will help to avoid arguments and thus make life a little more tolerable for all concerned.

The WeeGee is incapable of using cling film without a) embarking on a long, heartfelt and sweary rant about the bastard who invented it and b) losing the effing end of the useless bastard stuff. You shall therefore bear sole responsibility for all and any procedures which involve the use of cling-film. 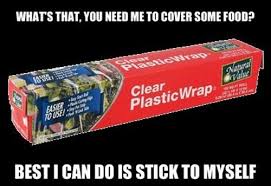 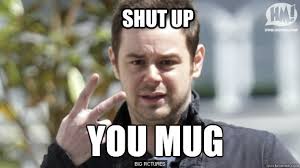 One thought on “The ten commandments of cohabiting with a WeeGee”