Afternoon all – Quick warning to begin with in case you’d prefer to sit this one out – there’s a picture of a needle in this post, and another of me hooked up to a machine via a cannula. No blood or guts or anything, but you know…..

Since last I wrote I have mostly been recovering from my third dose of chemotherapy. This means that I’m either nearly half way through, or just over a third of the way through – the chemo leg of the treatment, depending on which way you’d prefer to look at it. Regardless, it is absolutely compulsory for me to say “three down and five to go” as cheerfully as I can at this point so, you know, THREE DOWN AND FIVE TO GO……

Before I started having chemotherapy I hadn’t spent much time thinking about chemotherapy. I mean, I must have thought about it in that casual, passing sense that you think about all kinds of things that you hope will never come to mean anything to you, but I’d never turned my attention to actually, properly thinking about what it was all about. I knew chemotherapy was used to treat cancer, I knew that it made you feel crappy, and I knew it made you lose your hair. The fact that only two of those three things are strictly true is, I guess, a pretty good indication of how little I knew about chemotherapy two months ago….

Here are just some of the things I have learned about chemotherapy so far…..

Either this will come as news to you and you’ll be (at best mildly) interested, or you knew it all along and you’ll be left wondering what kind of idiot is in charge here, but one of the first things I learned about chemotherapy is that it isn’t just one catch all thing that they dole out to anyone with a cancer diagnosis. It’s loads of different chemical treatments, used at different times, in different ways, for different things*.

When I thought about chemotherapy before, I guess I pictured poorly looking people hooked up to drips for hours and hours at a time, and in some cases I guess that’s how it goes. But sometimes chemotherapy can be given as tablets or as injections and some intravenous treatments take as little as an hour to deliver. Sometimes chemo is given daily, sometimes weekly, and sometimes at monthly or other intervals. The side effects vary from treatment to treatment and – this is something that perhaps not many people appreciate – not all types of chemotherapy cause hair loss.

For my part, I’m having neo-adjuvant chemotherapy once every 21 days. I’m given a cocktail of drugs** which are particularly effective in stopping breast cancer from growing and spreading. Unfortunately, I do get hooked up to a drip but (for at least the first four doses anyway) the whole thing takes an hour at most and I’m home before I’ve had the chance to wonder what all the fuss was about.

As things stand all of the chemotherapy drugs used to treat breast cancer cause hair loss so I’ve sucked that one up. That said, some NHS trusts offer the use of a ‘cold cap’ which can ether reduce the rate of hair loss or, if you’re lucky, stop it all together. I’ll write more about my decision to give the cold cap a particularly wide berth at some other time but to cut a long story short it just wasn’t for me….

You have to do some of it yourself

One of the things about chemotherapy that I found most surprising was the number of drugs I was given to take in the week after receiving the actual chemo. It had just never occurred to me that there would be more drugs to remember to take at home after the main event. And the less said about the “easy peasy” daily injection the better…..

Chemotherapy isn’t nearly as bad as I thought it would be. Apart from when it is.

Before I started chemotherapy I was prepared for it to be the WORST THING THAT HAD EVER HAPPENED to me bar none. I was convinced that I would be constantly sick and ill, that I would get all of the side effects at the same time, that I’d be pretty much bed bound and that I would be generally and thoroughly miserable. In the end, and for most of the time, none of my worst fears have materialised….

I do feel pretty under par for around four or five days out of every 21 but by and large the side effects, when the have turned up, have so far been reasonably mild and just about manageable. APART FROM WHEN THEY HAVEN’T BEEN MILD OR MANAGEABLE…

I’d guestimate that there have been maybe a dozen hours in each cycle so far where the whole chemo thing has been every bit as bad as I thought it might be – where I thought my head would actually explode from the pain, where I was convinced that my legs couldn’t carry my weight for a second longer, where my skin was crawling off my bones, and I was colder (or interchangeably hotter) than I’d ever been before. Where I’d have sold my granny in a heartbeat if I thought it’d make the waves of sickness stop. 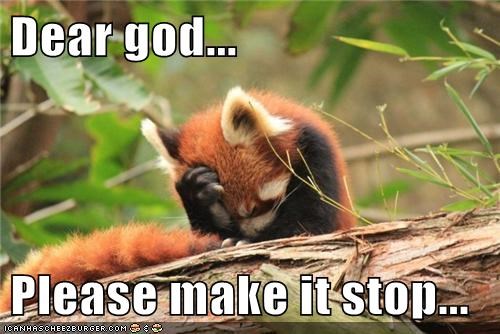 But those dozen or so hours have passed, and as they have passed I’ve forgotten they happened in the first place. I guess when I look at the whole thing in the round I’d say sometimes it’s been totally fucking terrible but most of the time it’s been just about okay.

Before my first chemo dose, the deputy sister*** looked at me, and then looked at my charts and said “it’s going to be fine – you’ll walk this” and I solemnly resolved I was going to hold her to her optimistic promise. And whilst it wouldn’t be true to say this has been a walk in the park thus far, I think overall her assessment was closer to the mark than my THIS IS GOING TO BE THE WORST THING THAT HAS EVER HAPPENED TO ME take on things.

So hats off to her, I guess, and long may it continue.

Before I started the treatment everyone was at pains to tell me about how tired I’d be.

“Chemotherapy will make you feel very tired” they said and I was all “yip, yip, tired, yip got that, yip”.

Here’s the thing – no matter how tired they told me I was going to be, or how much I thought I understood what being tired was all about – there was nothing that could have prepared me for how tired I sometimes am. 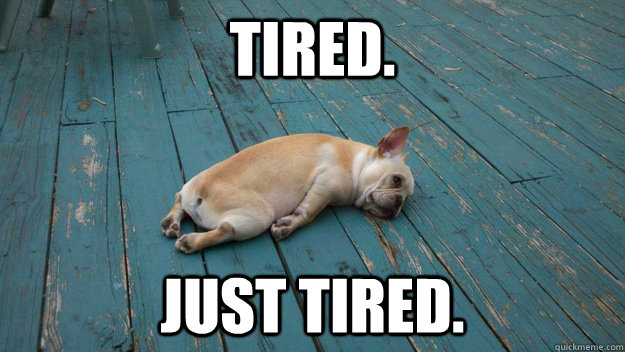 Chemo tired is like a double turbo charged kind of tired, the likes of which I had never imagined before in my life. It hits you quite suddenly, and demands that you stop and rest IMMEDIATELY whether it is altogether convenient or not. Sometimes I find myself wondering if I’ll be able to make it to both the supermarket and the chemist in one trip. Other times I wonder if I’ll make it up the stairs and back down again. And then there are the times I don’t have the energy to wonder at all and I send Mr Awesome Thing Number Five on whatever errand is required….

There’s a reason they call them cycles

I have chemo every 21 days because the cells that are actively dividing on day one will not be the same cells that are actively dividing 21 days later. You have to switch it around, you see, so you catch each and every one of the pesky little buggers in the act and then blast them to kingdom come. This is a cycle and by the time I’m done I’ll have had eight of them****

During those 21 days EVERYTHING repeats itself in exactly the same way, at the same time, in a perfect cycle. That’s why they call it a cycle I guess.

And then the whole thing starts all over again.

They don’t mention all of the side effects

Sure, they’ll tell you about the side effects that might kill you because – you know – you need to REALLY watch out for those. And yeah, they’ll tell you about the side effects that you won’t be able to miss like your hair falling out, or being so tired you need a nap after putting your socks on. But there’s a whole load of other side effects they don’t mention, I guess because they don’t happen to everyone, or maybe because in the main scheme of things, you probably don’t need to know in advance.

Look, all I’m saying is that nobody told me my nose hairs were going to fall out, or AND THIS IS THE CRUCIAL BIT that when they did, if I pinched my nostrils together THEY WOULD STAY STUCK TOGETHER either forever, or until I forcibly blow them apart (whichever comes soonest).

Pretty gross, I admit it, but still I can’t stop boasting about it. I mean, it’s a time limited party trick if nothing else, right?! 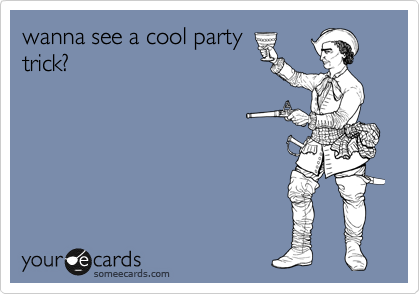 Anyway. That’s all from me folks. As is traditional, I’ll leave you with a song to wash it all down with. Another old one because when you are nearly forty, you realise that the old ones really are the very best:

*That’s my non-technical hot take on chemotherapy. If you want a more professional run down, check out what Macmillan have to say here.

**Sadly, it’s not a rock and roll kinda cocktail of drugs