Hello, good evening and welcome to my world. My world isn’t exactly awesome but I’ve got tea, a comfy chair, and plenty of hugs if you’d care to stick around for a little chat…..

How’re you doing? How’ve you been? Milk and sugar? Please, have a seat. Me? Oh – well I haven’t been too well lately but there’s no point getting my knickers in a knot about it now, is there?

All things must pass and these things are sent to try us and – I get knocked down but I ALWAYS get up again. I’m fine now. Well no. That’s not quite it – I’m not completely fine but the end is in sight and I’ve just about figured out how to get there. If in doubt, walk towards the light. That’s what I say.

Am I talking too fast? I’ve been doing that lately. I don’t really know why unless maybe I’ve been trying to make up for how slow it all feels on the inside. That would make sense, right? I mean that makes sense in your head as well as my head doesn’t it? I’m not sure I can completely trust my own head yet.

Work’s fine thanks. I’ve been lucky there really. It took me a while, after my last proper job, to find something I could settle into but now I have. I like what I do, and I’m good at it and I can split my time between home and the office which means I get to be useful AND have the doomy gloomies all at the same time. Sometimes it’s hard because my work puts me into contact with a lot of very angry people and it can be difficult to understand why people are so upset about the things they’re upset about when the whole sky is falling down around you. Still, I try not to take it personally and to be honest in reminds me that things could be worse. I mean, the sky could be falling down around me AND I could be very VERY angry about drains as well . Silver linings, you see. There’s always one.

More tea vicar? I’m sorry. I’m incapable of offering a second cup of tea without saying that. Think yourself lucky I didn’t make a pot because then I’d be forced to do the ‘high tea, low tea’ thing while pouring and I’m yet to meet another person who finds that nearly as hilarious as I do……

Mr Awesome Thing Number Five is, well, awesome. Can you believe he’s been part of my life for three whole years?! The guy’s got the patience of a saint, really. I don’t know how he puts up with me but he does and I’m glad he does. When I look back, I think the past three years have been the steadiest and best I’ve had. That’s his influence because he keeps me more grounded than I’ve ever been or thought I could be. It isn’t the kind of thing I say, because you know, I’m not a squishy kinda person, but he is the best thing that could’ve happened to me and I love him for so many different reasons. Most of all I love him because he had the time and patience to let me be me.

Ahem. This is getting a bit serious, no? Why don’t I put some music on… Any requests?

I LOVE that song. I can’t remember how I came across it but it’s on pretty much every play list I make because it makes me feel happy in my heart. Anyway…..

No gossip to impart I’m afraid. I think the biggest thing on my radar at the moment is the forthcoming EU Referendum. Has anyone outside the UK even heard of the EU referendum? I don’t know, but it’s a pretty big deal in UK politics and that makes it a pretty big deal for me. Sadly – I am contractually and legislatively bound not to express an opinion on the EU referendum until polls close, what with purdah and all. That’s the worse thing about my new job – although maybe some people are glad to have been spared my usual political rants on various social media platforms. (There’s no need to agree quite so readily, really) This, I guess is the reality of being a civil servant in 2016: the pensions aren’t what they used to be and you can’t be a keyboard warrior when you want to be a keyboard warrior more than at any other time in your life. 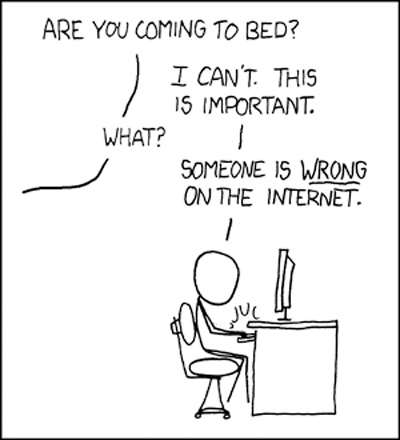 Oh – I didn’t mention Gryff, my cat, hasn’t been very well. Nothing major as far as anyone can tell but he did lose an awful lot of weight for a while there which completely gave me the creeps and made me want to put him in my handbag and take him with me everywhere I went and feed him cheese and tuna and crisps (which he loves almost as much as I do). I didn’t put him in my handbag at any point – not least because that would have meant taking my life in my hands to get him in there. Nevertheless I did feed him crisps and cheese and tuna at every possible opportunity and he’s almost, but not quite, back to his usual grumpy self. What do you mean he’s getting old? I don’t want to ruin a perfectly good friendship but …how very dare you?! And anyway, even if he is getting old that cat is going to live forever because I’ve decided. Let’s change the subject.

Our shower is playing up. Total pain in the arse and way beyond our considerable combined intelligence to fix… anyhow, I thought I’d mention it because if I wind up dead in the shower with either hypothermia or third degree burns you’ll be able to attest to the fact that it really was just a horrible accident and not the result of some kind of foul-play. I’ve been watching Line of Duty recently, you see, and I’m on my guard against fit ups and double bluffs and horrible deaths that may, or may not have been an accident.

This is just getting weird now, isn’t it? And boring. I’m sorry. Let’s wind this shit up.

I’m glad you stopped by. It’s been nice to talk about my life without getting lost in all the nonsense that goes on in my head. Sometimes I forget that no matter where I get to, my life keeps on going and that there is ALWAYS more to me than the mental shit I contend with. Onwards and upwards eh? Onwards and upwards….

Take it easy, chicken. And stop by again soon. It’s good to talk.

Love you all lots like loads and loads of jelly tots,