Okay -so this one has pleased me. The Depressed Moose has made me one of two inaugural recipients of a brand new award. Hurrah. It pleases me because a) its new, b) it’s an award, and c) I’m a bit needy so a seal of approval goes a long way….

And, as I’ve already mentioned I recieved this from a rather lovely (if depressed) Moose called Garry. I suspect a Moose would never meet an elephant in the wild, but it seems to be going okay for us thus far….

Here are the questions and my responses:

If a film was made about your life what would the title be?

It’s only a matter of time before there is a film of my life, surely? I think I’d like it to be called ‘Becoming WeeGee’. I just would.

Who would play you? (Can be an actor/actress that is dead or alive)

It would have to be Scarlett Johansson owing to the striking resemblance she bears to me. Ahem.

What genre would the film be?

It certainly would be a comedy, but probably a kinda bittersweet one.

Who would direct the film?

Maybe Noah Baumbach? Or maybe I’d just do it myself to deal with all my control freakery stuff.

Who would play the love interest in the film?

Does there have to be a love interest? Films are like real life as far as I’m concerned: better without ‘love interests’. Yes. I’m bitter and twisted. So what….

If there really has to be one, I’ll have this guy (but I’ll be playing myself if this particular scenario unfolds): 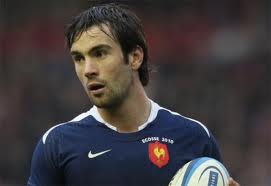 Which song would feature most heavily in the film?

The soundtrack would be the complete works of [Sir] Frank Turner and the most prominent song would be this one:

If you could have played a part from any film what would that be?

Obviously, it would be the mad woman in the attic in any of the many film adaptations of Jane Eyre…. I’d do a good job of that.

*Two pictures was gratuitous, I know. But in my defence I couldn’t help it!

3 thoughts on “A seal of approval”