Since last I wrote, a little over a week ago, I have mostly been moving into my shiny new flat with Mr Awesome Thing Number Five. It’s been a funny old week filled with mostly highs, a couple of lows, and the occasional outbreak of wibbly wobbly wobbling…..

As it turned out, leaving my old flat behind wasn’t anywhere close to the emotional roller coaster I’d prepared myself for. In the end I pulled the door shut behind me and stepped out into my new life without so much as a second thought. Yet more proof, I think, that fear of ‘the thing’ is nearly always worse than ‘the thing’ itself. As for how I’m feeling now we’ve been in the place for a little while? I suppose it’s a fairly standard mixture of nerves and excitement.

I’m excited because I’m in my shiny new flat and sharing my life with Mr Awesome Thing Number Five and I’m nervous because, you know, I have no idea how this is going to turn out and if it turns out badly I might not be able to cope and if I can’t cope I might get unwell again and if I get unwell again I might not be able to get better again and……blah blah blah. It doesn’t matter how awesome things are the same old worries swim around in your head if you let them.

Anyway – the headline for today is that we’re in, we seem to have managed to get in without any major mishaps, and we don’t seem to be driving one another mad yet. There’ll be more soon but for now, I’m afraid the only thing I’ve got going on here is happily ever after (so far). 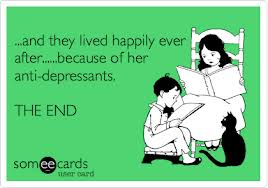 14 thoughts on “A teeny tiny post from my new home”