I’m doing my best to keep on top of things at the moment, I really am, but the things I’m trying to keep on top of seem to be getting on top of me instead and it’s all starting to feel a teeny tiny bit heavy for my liking. In my heart I guess I knew that there were always going to be days like these because the things that used to be there, well they’re still there and they like nothing better that swimming around in my brain to see if they can’t fuck things up for me again. Yeah – I’m sorry about the swearing but fuck, fuck and fuckity fuck, that’s just the way it had to be….

I’ll tell you what though – let’s not dwell on it any longer, eh? There’s a heap of other stuff I can be writing about and the fuck, fuck, fuckity fuck stuff is boring anyway, right? Here’s a little song called days like these to get us moving along. I chose this one because a) it’s awesome, b) it matches the title of my post and c) why the fuck not? By the way, after this song, I PROMISE not to swear again:

There we go – it’s all feeling a bit better already isn’t it? Who am I trying to kid?

Anyway. When it comes to WeeGee’s thoughts, I think I’ve identified two different kinds: spare brain thoughts and busy brain thoughts. They sound kinda like they’re going to be the opposite don’t they? The thing is, they actually seem to be boiling down to exactly the same thing and that thing is this:

There is simply not enough time in WeeGee land for WeeGee to think all the things she needs to think OR to do all the things she thinks she wants to. Or put another way WeeGee is still very easily OVERWHELMED by the WHOLE BLOODY* WORLD and everything in it and if the WHOLE BLOODY WORLD could just stop for long enough for WeeGee to put her thoughts in order that would be just FINE AND BLOODY DANDY thank you very much.

The headline is that I’m fine, and I’m safe, and I promise I’m not going to jump out any windows but I’m also still searching in vain for the off switch. Or maybe the pause switch, I guess that’s it really.

It’s all very well to be MINDFUL and to SELF SOOTHE and to BE KIND TO THE SELF. I can do all of that and I can do it all pretty damn good. But while I’m doing it all my brain is still in there going ‘oi, oi, I’M STILL FUCKING** HERE and if you’re not going to listen to me and THINK I’m going to make you sick so you have to stop and think even though migraines and stomach cramps and sleeplessness are the LAST THING ON EARTH you need right now’.

Still. Tomorrow is a new day, and my body is feeling well again, and it’s only a matter of time before my brain gets the message. And I always knew in my heart that there were going to be days like these. Upwards and onwards for WeeGee. She’s got elephants to eat…..

No meanwhile in other news today because that is all I’ve got. Nothing else to report save that I love you all lots. Like like lots and lots of Jelly Tots. 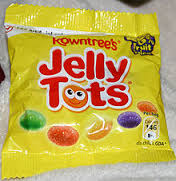 *I don’t consider that a swear word

**Okay you got me on that one. I couldn’t help it.